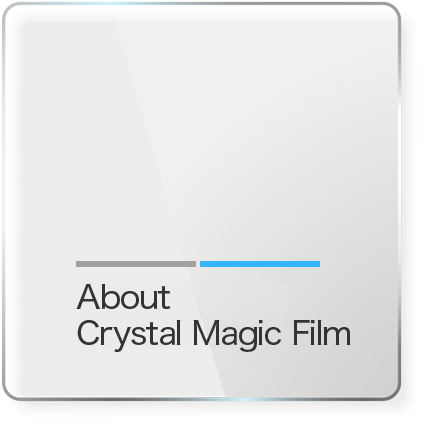 Crystal Magic Film & Crystal Magic Glass are film and glass laminated with "PDLC film" whose appearance can be changed. Film that instantly alters transparent glass simply by switching ON or OFF.

We install "Crystal Magic Glass" which is a PDLC film laminated onto an interlayer film, and "Crystal Magic Film" which simply attaches to the existing glass. 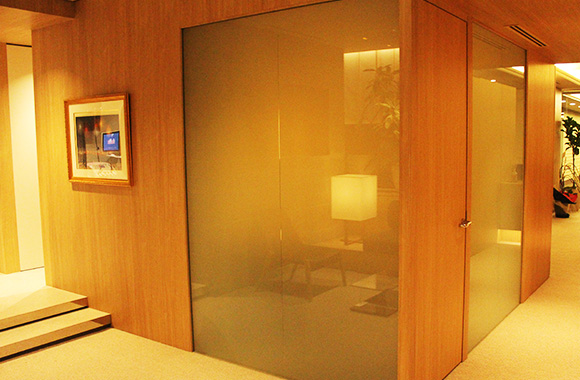 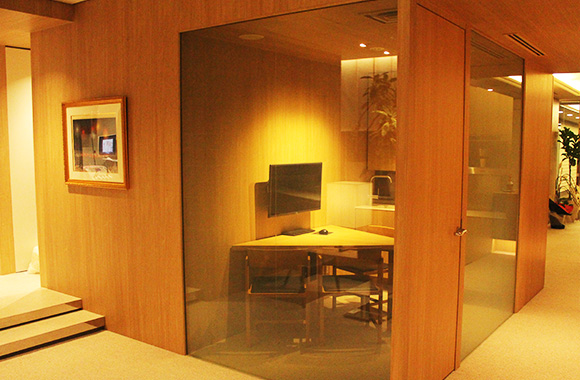 In PDLC liquid crystal dimming film, when no current is applied, the dispersed liquid crystal vectors point in different directions, so light is scattered at the interface. This creates an opaque white state (opaque), but when an electric current is applied, the refractive indexes of the polymer and liquid crystal become almost equal and become transparent.
The switching speed at that time changes the expression of the glass instantly in 0.1 seconds or less. The HAZE value in the opaque state is also 2% ± 0.5, achieving high transparency. 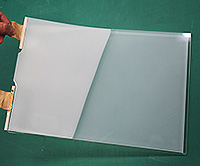 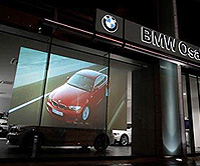 Crystal magic film is a liquid crystal light control film with adsorptive glue, and the thickness is 485 μm ± 10 μm. Crystal magic film can be attached on top of existing glass, and switching ON or OFF can bring about a change in transparency and opacity.
Also, since it is in the form of a film, it can be applied to R glass. The maximum production size is 1,500 x 3,600, and projection from the rear is possible with a projector. 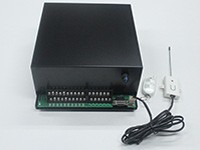 Crystal magic glass is "laminated glass" that can instantly switch transparent glass to opaque glass simply by remote control or switching ON or OFF
When a current flows through the LCD dimming film in the laminated glass of 3mm + 3mm, 5mm + 5mm, 6mm + 6mm, it becomes transparent, and when the current is cut off, it changes to opaque glass.
An electrode and a dedicated controller are required on one side of the glass, and it is connected to AC100V. The maximum production size is 3,000 x 1,500, and rear projection by a projector is possible.